Stephen King is an incredible author. Wether you like his style or favored genre or stories or not it doesn’t change the fact that he captures magic within the pages of his stories. IT is a good example of this.

IT has been sitting on my bookshelf for ages waiting to be read. Since the book is arm breaker length I kept putting IT off, reading other books that were also waiting, but knowing one day I wanted to tackle IT. This month I announced I would be reading IT for the first time and encouraged other readers to join me in reading IT or any other Stephen King book to welcome in the Fall. My logic is that Fall or Winter suit his style more in my mind than do Summer or Spring. Many readers joined in and we all discovered (or rediscovered) the magic that King has! 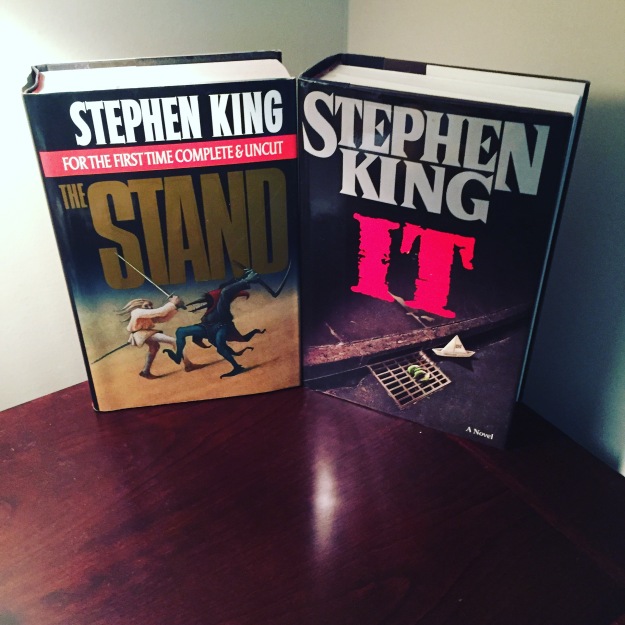 I was very much impressed by how King captured the whimsy and seriousness of childhood. I think he might be able to capture this better than most authors I’ve encountered. The children in IT aren’t just little adults, they’re children and they view the world through the eyes of children. I also was impressed by how IT wasn’t really just one story or two stories interwoven, it was six stories blended together into one. Any one of these stories could have been a complete story on its own, but wouldn’t have been as strong a story without the other five.

As far as the story being scary or not, I honestly didn’t find IT to be scary. I found IT to be intense and there were several places that I was concerned for the characters, but not as frightening as other King books I’ve read. The aspects that worried me the most were the parts where we saw humanity at its worst. Sadly you could take the monster out of IT and still have most of the tragedy remain as we are our own monsters. But you also see the good and nobility that can be found in humanity too!

Overall I really enjoyed IT and felt that King did a great job. I know many are still reading their King book for #FallOfTheKing and I’m so glad y’all joined me this and for #ImReadingIt and I hope you’ve enjoyed your time spent with King as much as I have! Maybe next Fall I’ll tackle another of his books!

1 thought on “Reviewing IT”