While creating my Top Ten Comic Books list I had quite a few runners up (twelve) so I decided to split my posts up a little and introduce the winners and almost winners separately. The runners up weren’t really in a particular order as it was more how they fit together well in the photos of six, but they sort of ended up in the two groupings I would have placed them into so we’ll pretend it is intentional. 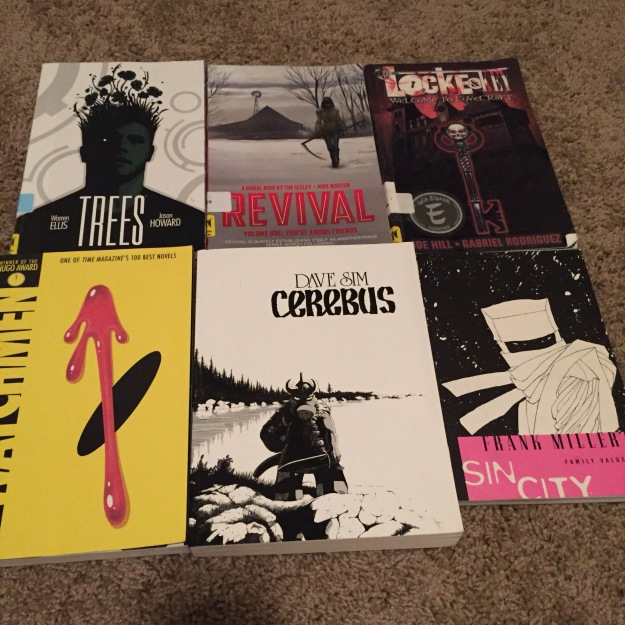 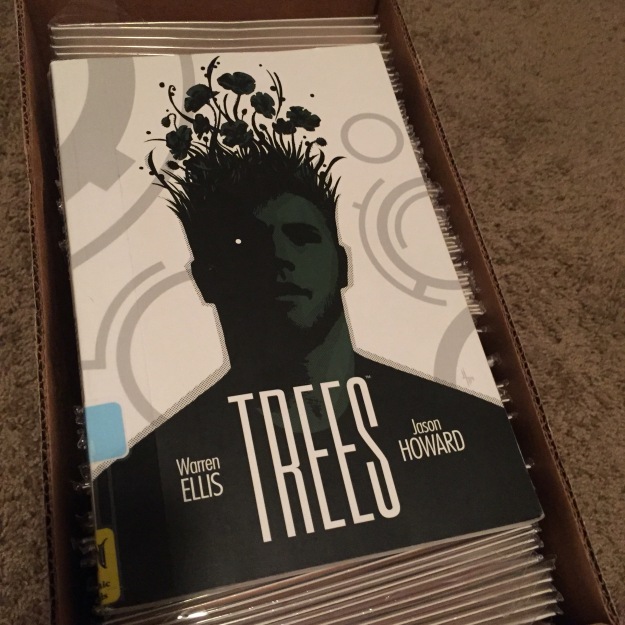 Trees by Warren Ellis and Jason Howard is a beautifully told SciFi story about humanity set against the backdrop of alien life slowly revealing itself to us.

Revival by Tim Seely and Mike Norton is an intriguing tale of the dead returned to life in a rural Wisconsin town and how that would affect the citizens within that area. It does an incredible job of maintaining mystery without becoming dull, unlike the second season of Lost. Thankfully Lost picked things back up later on, but more thankfully Revival has yet to let up on the quality! 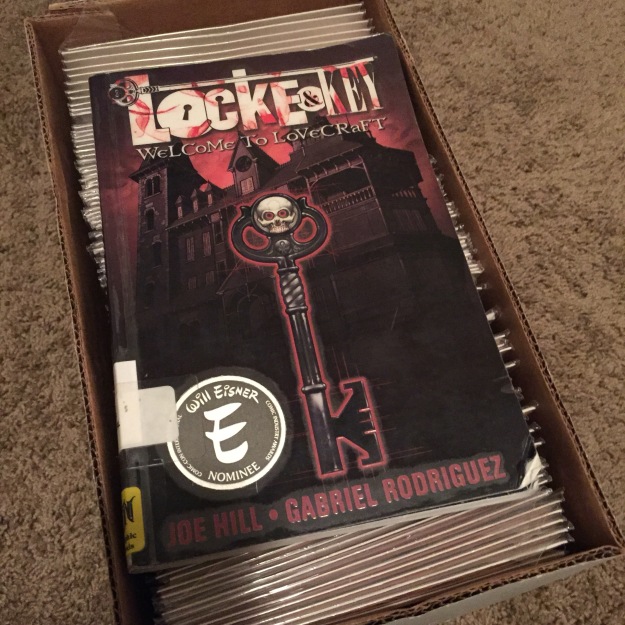 Locke & Key by Joe Hill and Gabriel Rodriguez is quite simply phenomenal. It is perhaps one of the greatest horror/mystery comic books ever created. The story and artwork combine seem lesson to weave a spell over the reader and draw you deeper and deeper into its pages, but be careful or you may never escape. 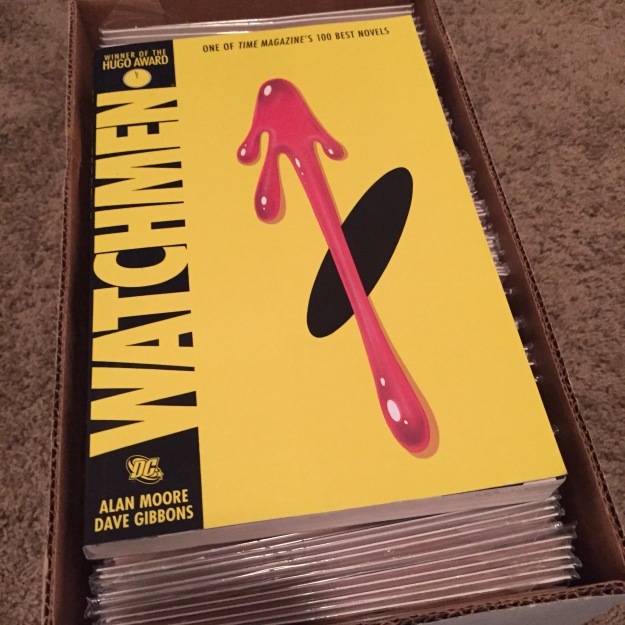 Watchmen by Alan Moore and Dave Gibbons would probably be on anyone’s top ten list and rightfully so. This is one of the comic books that all modern comic books are judged by and I enjoy and appreciate it. Just not as much as the top ten I’ve already chosen 😉

Cerebus by Dave Sim and Gerhard is a controversial masterpiece of a lifetime’s work by the creators. I have only read a third of the 300 issues and one year I intend to read the entire series but until then it is safe to add this work up here for what I’ve already appreciated from it. The concept of a comic book series that maintains its continuity for 300 issues is amazing to me.

Sin City by Frank Miller is without a doubt the height of crime fiction in comic book history. Dark. Gritty. Vicious. And artfully done.

Next post will feature the First Runners Up to my Top Ten Comic Books of all time!