When reading a never ending series you realize the only way to reach the end is to never stop reading. That said every so often it’s good to pause and evaluate if you’re enjoying the series. Upon finishing the thirtieth book of The Horus Heresy I decided to do just that.

One of my early complaints about The Heresy was that every few books you’d get a story that didn’t advance the overall storyline. It felt like it would go sideways. This was a way of building up the series, of showing you what was happening all around the Imperium Of Man during The Heresy. The Damnation Of Pythos by David Annandale felt like one of those sideways books and I won’t lie I was a little frustrated by that at the start. Especially considering the previous book actually featured Horus and advanced the story greatly! To go from a book that’s focused on one of the central characters to the Heresy to a book that features a battered and near destroyed company of Space Marines trying to pull themselves together after being almost destroyed in events that took place in the fifth book of the series was a little like changing gears while driving without using a clutch. 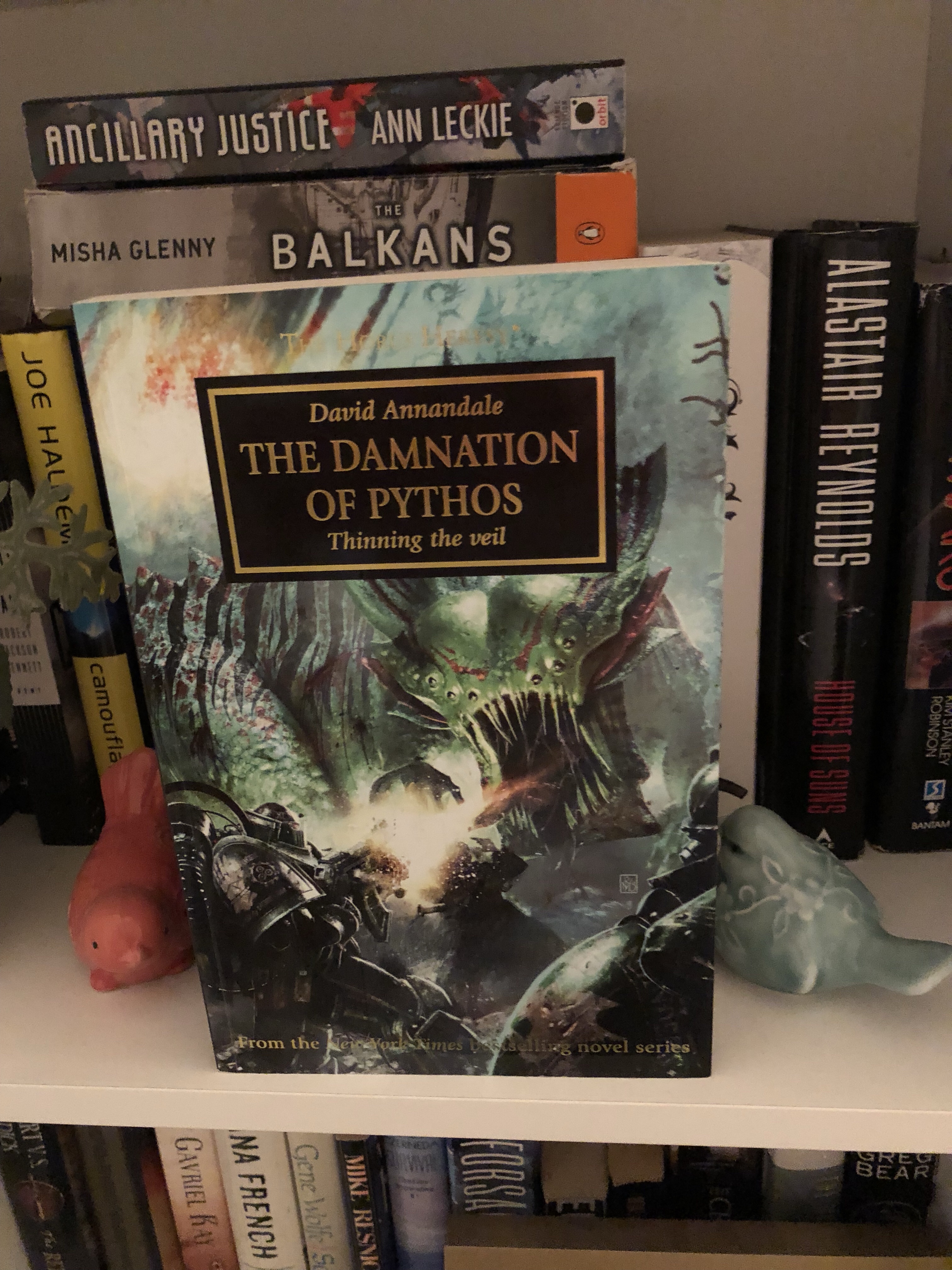 However I must admit that as I read on in the book I started to see how this story fits in the overall story, and I was able to appreciate the added depth it brought to series. It’s also an amazing example of GrimDark SciFi such as you often see in the pages of a Warhammer40K book, I say that to say it felt more WH40K than Horus Heresy style and I’m happy with that. This book, whether intentionally or not, started to form more of a bridge between the events of The Horus Heresy and the events of the every day Imperium Of Man in the 40K universe. Less hope and more faith combined with inner struggles and ultimate sacrifices for gains you can’t yet see.

Thirty books into this Heresy and I’m still quite happy with this series and the directions the authors are taking it in. Truth told I’m going to be sad when I reach the end of this never ending series. I’m going to miss it because it has been such a great reading experience.

That said I’m also starting the thirty-first book right now. Because the only way to reach the end of a never ending series is to never stop reading it. Let The Heresy Continue.

2 thoughts on “Damming The Heresy Or Adding To The Flow?”